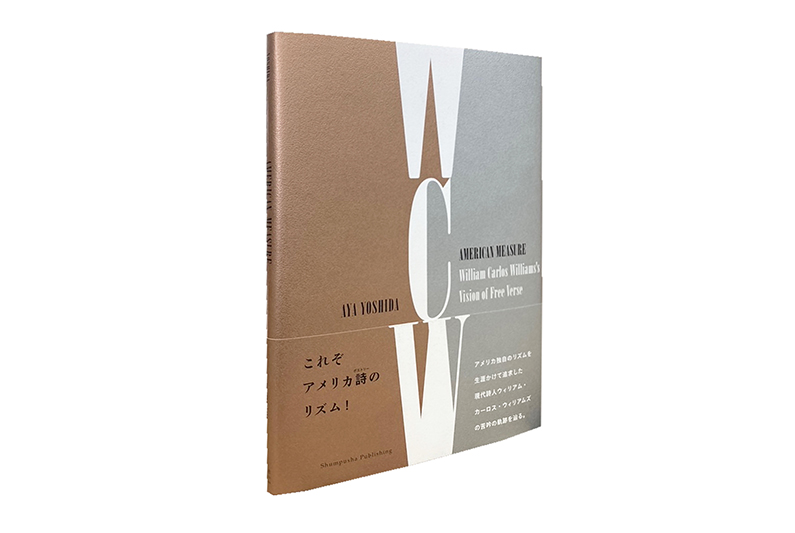 William Carlos Williams championed the distinctive rhythms of American speech over against the English ones imposed in schools. He also resisted the foreign idioms embraced by Eliot and Pound, which he saw as a threat to the integrity of American verse. This was not a stay-at-home poet-doctor’s resentment of flamboyant cosmopolitanism, but obeyed a task imposed on him by the American language itself. Taking up this challenge, he found a new voice for America, in a style of composition which was by no means as free, casual, or direct as it might have appeared. Aya Yoshida shows this by tracing Williams’s quarrel with “free verse,” which he regarded as an oxymoron, and by uncovering the hidden prosodic discipline which was his lifelong concern. Central to this project was his invention of a ‘variable foot’ that replaced iambic constriction with a subtler music to catch the modern ear. The correlative experiments in typography that he also pursued throughout his career set up a dialectic between the aural and the visual, which could charge an individual image such as the iconic “red wheelbarrow” with a new kind of presence and significance. Yoshida’s analyses of these effects will kindle a thirst in her readers to renew acquaintance with this great American poet, and to make many similar discoveries of their own. –– Joseph S. O’Leary

Aya YOSHIDA is Program-Specific Lecturer at the Institute for Liberal Arts and Sciences, Kyoto University. She received her Ph.D. in Human and Environmental Studies from Kyoto University. Her research interests focus on modern American poetry. Recent publications include “Surrealistically ‘glazed with’ the American Idiom: Williams’s Translations from French Verse and Prose,” published in William Carlos Williams Review 37 (2020).