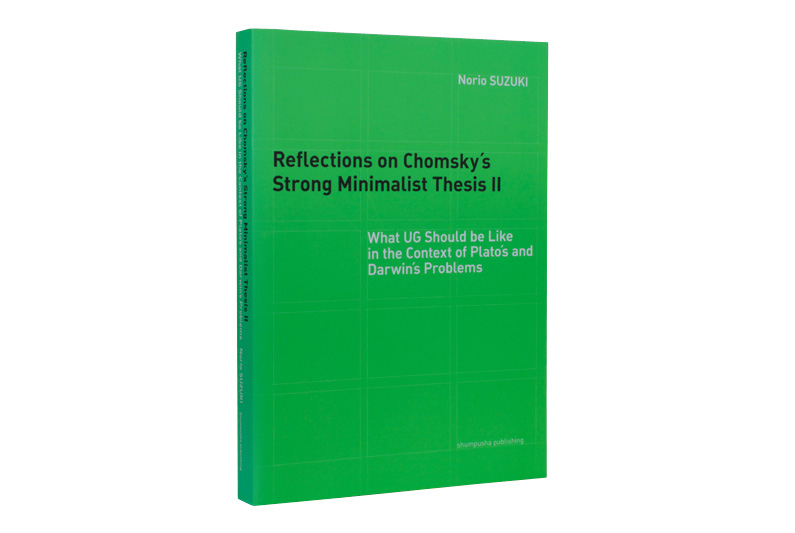 With the rapid development of the minimalist program, generative grammar today (the biolinguistic enterprise) now faces up to a new, more than ever challenging problem  Darwin’s problem (also known as the logical problem of language evolution). With the ultimate goal of elucidating the human nature and the human capacity in sight, researchers in this promising field continue their dedicated effort to understand not only the design and development of the human language faculty but its origins and evolution in the hominin history. In Reflections on Chomsky’s Strong Minimalist Thesis II: What UG Should be Like in the Context of Plato’s and Darwin’s Problems, Norio Suzuki brings his recent works together to discuss this new problem anew. By drawing on such crucial notions as UG-residues, the SMT, epigenetics and biological bootstrapping, Suzuki offers an in-depth reexamination and reevaluation of some of the most important proposals made in current minimalist theorizing. Because of the highly technical nature of the discussion made throughout, the book is certainly not for everyone out there, and there is no denying that other researchers will find some of the author’s arguments, suggestions and conclusions hard to accept for the moment. But that is where the very true value of this book lies, as a rich food for further thought. Together with Reflections on Chomsky’s Strong Minimalist Thesis: Evolution, UG Residues and Helen Keller previously written by the same author, this collection of papers should serve as a good steppingstone for the future progress of generative grammar.
― Koji Fujita, Kyoto University
（ISBN 9784861103001）

CONTENTS
PREFACE and BEYOND
ACKNOWLEDGMENTS
Chapter1: True Optionality as Evidence for UG-Residues
Chapter2: What Parametric Variation Should be Like, Given Plato’s and Darwin’s Problems
Chapter3: The SMT, the CLT, and the Crash-proof System: How to Obtain a Minimal UG
Chapter4: What Happens in Acquisition: Principle B of the Binding Theory and Scalar Implicature Computation in Child Language
REFERENCES
AUTHOR INDEX
SUBJECT INDEX