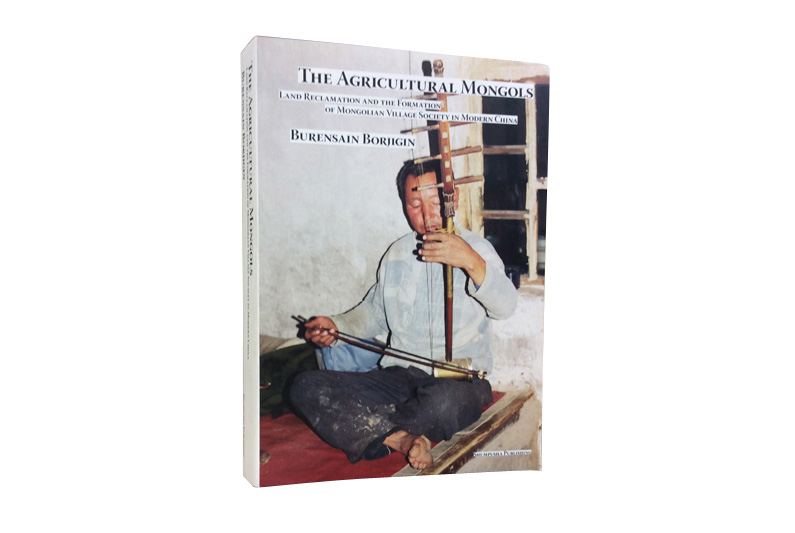 Around three million Mongols ― equivalent to the population of the independent country of Mongolia ― live in the southern foothills of the Hinggan Mountains of eastern Inner Mongolia, China. They do not conform to the typiical image of Mongols as nomadic pastoralists, but instead cultivate land and live in compact villages. This book describes the formation of a Mongol agricultural village over the course of a 100-year period from the late nineteenth century, and provides a comprehensive analysis of this understudied subject. As the product of the compromise between the ‘banner system’ that typified nomadic Mongol society, and the mass immigration of Han Chinese peasants to the region, the village exemplifies the transformations which China’s multi-ethnic periphery has experienced in the modern era.
（ISBN 9784861105432）

On hearing the words “Mongolia” and “Mongols,” people might imagine nomads galloping across an endless steppe. However, such a stereotypical perspective of Mongolia is inappropriate in historical research. In the 20th century, due to Han Chinese colonization, Mongolian agricultural villages were formed in the eastern region of Inner Mongolia. In this book, using archival material. results of surveys conducted by the Japanese during the Manchukuo period, and data from his own fieldwork, Dr. Brensain describes the formation of the Mongolian agricultural village and its structure. This volume clarifies numerous hitherto unresolved questions, and I believe it also provides several useful leads in studying other issues in Chinese studies. It is my pleasure to recommend this book.
Tatsuo NAKAMI (Tokyo University of Foreign Studies)

Who are the Mongols? This sounds like a redundant question, because they are universally known to be the paragon of the pastoral nomad. But nothing could be further from the truth. Reimaging Mongol identity is not an idle intellectual exercise; it means coming to terms with the internal pluralism of the Mongols, which underpins their mutual estrangement and cultural and political struggle for unity in the modern era. This book, by presenting an entirely different world of the Mongols, one of agriculture, instead of nomadism, and its painful formation as a result of Chinese settler colonialism, lays the ground for just such an endeavour.
Uradyn E. Bulag (University of Cambridge)

Introduction: The Diversity of the Mongols
Chapter 1:
Land reclamation and the controversy surrounding Mongol Land
Chapter 2:
Who owned Mongol land? The problem of ‘cultivated land’
Chapter 3:
Mongol princes and the reclamation of Mongol Land: Prince Ündür and the Xijia Wasteland
Chapter 4:
The reclamation of the Liaobei Wasteland and Gada Meiren’s Uprising
Chapter 5:
A history of Langbuntobu Village: the integration of a community of immigrants into regional society
Chapter 6:
Marriage networks and the formation of a multiethnic village community
Chapter 7:
The formation of agricultural Mongol villages and the coexistence of pastoralism and agriculture
Chapter 8:
Fieldwork